1. The proverbial game of two halves

Make no mistake about it, we did not put up a good enough performance last night, hence the defeat. However, in football, there is a tendency to read too much into the scoreline, without looking at the whole picture. Yes, we did suffer a heavy loss, but the outcome could have been different if things went our way in the first half. After all, we were arguably the better side in the first 30 minutes, and created two great opportunities to score – first, when Song Uiyoung’s snapshot from the edge of the area crashed off the post, before Kaishu Yamazaki’s goal-bound header off Naqiuddin Eunos’s cross was denied by a point-blank save from Tampines custodian Syazwan Buhari. We eventually were made to pay for those misses as Tampines turned it on in the second half, while we simply failed to replicate the intensity and sharpness in our play which we displayed before the break.

2. Much needed: more games under the belt

This is only our second competitive fixture as a team. We have played a number of pre-season friendlies, but nothing beats playing in games where there are points at stake. Compare this to Tampines, who have now played eight (nine if you count the Community Shield) matches together. This became evident as the game went on, with the Tampines players showing greater familiarity with each other, allowing them to better carry out the coach’s instructions. The 12-day break between this match and our season-opener – the 1-1 draw against Tanjong Pagar United – also did have a visible effect on the team’s momentum. With more games under our belt, we’ll definitely be able to begin playing the sort of entertaining, fast and dynamic style of football that coach Aurelio Vidmar envisions for the team.

3. Having a settled team matters

Many have viewed us as title favourites after our recruitment exercise during the off-season that saw the arrivals of seasoned Singapore internationals like Hassan Sunny, Shahdan Sulaiman and Gabriel Quak. However, having good players does not automatically ensure success. This is still very much a new set-up with Coach Aurelio having just three months to work with the team so far. Defender Abdil Qaiyyim was the only one of last night’s back five who played for the club last year when it was still known as Home United. In addition, Song and Gabriel are playing in different positions as compared to previous seasons, while this is Pengelly’s first foray into professional football. Meanwhile, Coach Aurelio’s counterpart at Tampines, Gavin Lee, has been with the club since 2018, and is now into his second season as head coach. The Stags have also retained most of their players from last season, so most of them are already familiar with the gaffer’s preferred style. It is clear that Coach Aurelio should be given more time to implement his philosophy.

4. Give Pengelly the support he needs

It is true that Pengelly may need a bit more experience to be able to excel at this level. But as we’ve seen against Tanjong Pagar, he is a true poacher who, with the right service, can deliver in front of goal. Last night, the 22-year-old was unable to get as involved as he would have liked, arguably because there were not enough quality deliveries from his supporting cast. Thankfully, given that central midfield partners Shahdan and Song are usually able to play the killer passes, while wide men Hafiz Nor and Haiqal Pashia are also capable of delivering dangerous balls into the area, the potential is there for Pengelly to score more often in future.

5. Let’s not ring the alarm bells just yet

As cliche as it may sound, in football, you win some and you lose some. It is a disappointing defeat, no doubt, but it is still early in the season, and certainly does not warrant an overreaction. Tampines were the better team on the night, and we have to accept that. With 22 games still to go for the season, there is more than enough time for us to iron out the kinks. With a 17-day break till our next league game against Albirex Niigata (S), you can be assured that Coach Aurelio and the boys will be hard at work sorting out the issues from our first two outings. With Tampines, Albirex and Hougang having already dropped points, this season’s title race is already shaping up to be one of the most open in recent seasons. The onus is on us to get into gear, starting with the five games we have in April, so that we can stay in the title hunt. 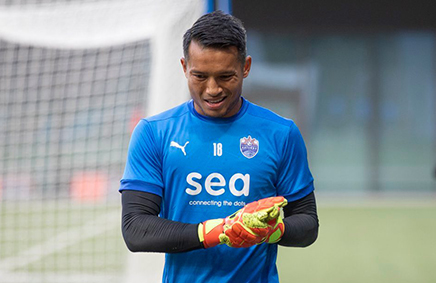 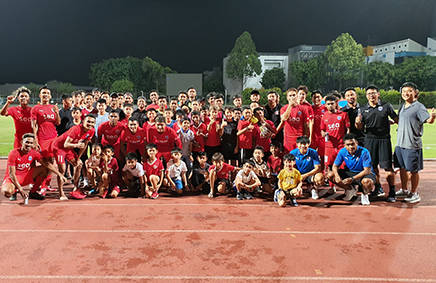 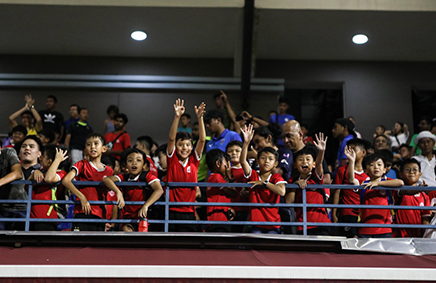 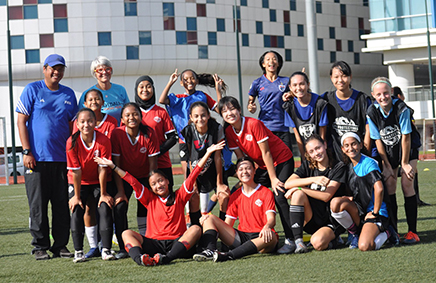